A Process Model tells us about how the data is processed and how the data flows from one table to another to gather the required information. This model consists of the Functional Decomposition Diagram and Data Flow Diagram.

Data Flow Diagrams show the flow of data from external entities into the system, and from one process to another within the system. There are four symbols for drawing a

The Detailed DFD provides a more detailed and comprehensive view of the interaction among the sub-processes within the system.

Before implementing the actual design of the project, a few user interface designs were constructed to visualize the user interaction with the system as they browse for books, create a shopping cart and purchase books. The user interface design will closely follow our Functional Decomposition Diagram. Figures 7 â€“ 20 show the initial designs of the web pages.

The Magic of the Three-Tier Architecture

Generally, the architecture refers to the way we split the code that implements a feature of the application into separate components based on what they do and grouping each kind of component into a single logical tier.

The presentation tier contains the user interface elements of the site and includes all the logic that manages the interaction between the visitor and the client’s business. This tier makes the whole site feel alive, and the way you design it has crucial importance for the site’s success. Because your application is a web site, its presentation tier is composed of dynamic web pages.

The data tier (sometimes referred to as the database tier) is responsible for managing the application’s data and sending it to the business tier when requested. For the RupJayGri e-commerce site, you’ll need to store data about products (including their categories and their departments), users, shopping carts, and so on. Almost every client request finally results in the data tier being interrogated for information (except when previously retrieved data has been cached at the business tier or presentation tier levels), so it’s important to have a fast database system.

No matter which architecture is chosen, a major question that arises in every development project is which technologies, programming languages, and tools are going to be used, bearing in mind that external requirements can seriously limit your options. We’re creating a web site using PHP 5, MySQL 5, and related technologies.

We really like these technologies, but it doesn’t necessarily mean they’re the best choice for any kind of project, in any circumstances. Additionally, there are many situations in which you must use specific technologies because of client requirements. The Requirements Analysis stage that is present in the most software development process will determine which technologies you must use for creating the application.

Although the book assumes some previous experience with PHP and MySQL, we’ll take a quick look at them and see how they fit into our project and into the three-tier architecture.

PHP is an open-source technology for building dynamic, interactive web content. Its short description (on the official PHP web site, http://www.php.net) is PHP is a widely-used general-purpose scripting language that is especially suited for web development and can be embedded into HTML.

PHP stands for PHP: Hypertext Preprocessor (yes, it’s a recursive acronym) and is available for free download at its official web site. The story of PHP, having its roots somewhere in 1994, is a successful one. Among the factors that led to its success are the following:

In this project, MySQL is used as the back-end database. MySQL is an opensource database management system. The features of MySQL are given below:

– MySQL is an open-source database system. The database software can be used and modify by anyone according to their needs.

-It is fast, reliable and easy to use. To improve performance, MySQL is a multi-threaded database engine. A multi-threaded application performs many tasks at the same time as if multiple instances of that application were running simultaneously.

Being multi-threaded MySQL has many advantages. A separate thread handles each incoming connection with an extra thread that is always running to manage the connections. Multiple clients can perform read operations simultaneously, but while writing, only hold up another client that needs access to the data being updated. Even though the threads share the same process space, they execute individually and because of this separation, multiprocessor machines can spread the thread across many CPUs as long as the host operating system supports multiple CPUs. Multi-threading is the key feature to support MySQL performance design goals. It is the core feature around which MySQL is built.

MySQL database is connected to ASP.NET using an ODBC driver. Open Database Connectivity (ODBC) is a widely accepted application programming interface (API) for database access. The ODBC driver is a library that implements the functions supported by ODBC API. It processes ODBC function calls, submits SQL requests to MySQL server, and returns results back to the application. If necessary, the driver modifies an application’s request so that the request conforms to syntax supported by MySQL.

For writing codes and making design, we use Macromedia DreamWeaver

For making the screenshot

For communicating between our team and showing our development.

Although coding and naming standards might not seem that important at first, they definitely shouldn’t be overlooked. Not following a set of rules for your code will almost always result in code that’s hard to read, understand, and maintain. On the other hand, when you follow a consistent way of coding, you can almost say your code is already half documented, which is an important contribution toward the project’s maintainability, especially when multiple people are working on the same project at the same time.

Naming conventions refer to many elements within a project, simply because almost all of a project’s elements have names: the project itself, files, classes, variables, methods, and method parameters, database tables, database columns, and so on. Without some discipline when naming all those elements, after a week of coding, you won’t understand a single line of what you’ve written.

When developing RupJayGri Shop, we followed a set of naming conventions that are popular among PHP developers. Some of the most important rules are summarized here and in the piece of code that follows: 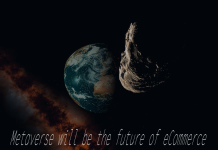 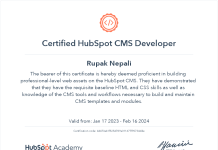 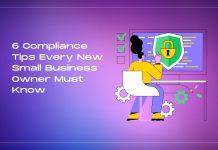 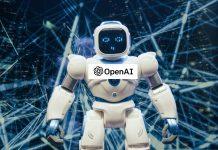 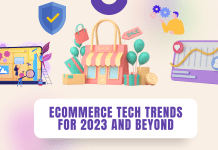 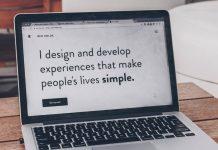